Ice cream every single day please. I have been on a serious ice cream kick this week (actually since the first day that started to feel like summer) and it was about time to publish an ice cream recipe!
There are still so many frozen desserts ideas I wrote down months ago waiting to become a reality but I've been so focused on deadlines regarding my collaboration with El Granero Integral that I had to put on standby certain things. Luckily I'm all done with the savory recipes I make for them until autumn so prepare yourself for a good overdose of ice creams, pops and refreshing things. Truth be told, I've tried several new ice cream recipes but I couldn't take any picture because said ice creams were gone in one sitting. Blame it on this heat wave...and my uncontrollable sweet tooth. ;-p
Feels good to have more time to try new recipes in my kitchen without stress and deadlines, the results are always better when you are inspired and in a positive state of mind.
This peanut butter ice cream (making my own PB has open a brand new world of possibilities) is ridiculously easy to make and delicious, very very delicious to be honest. To make it even more 'peanutified' I put chocolate-covered peanut chunks into the base and it was a pretty damn good idea. Want more lusciousness? I got you covered! I also made a coconut chocolate shell, because chocolate...and because summer. 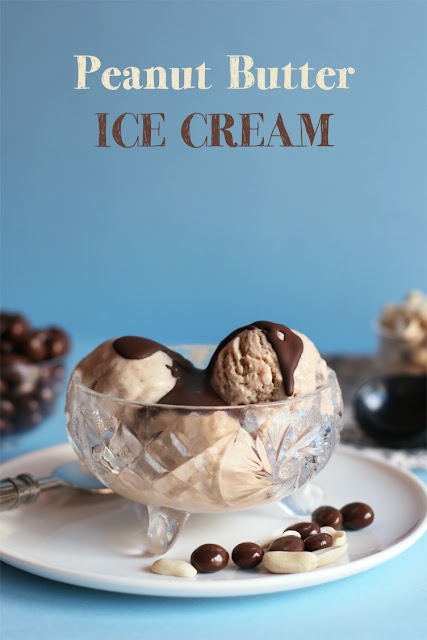 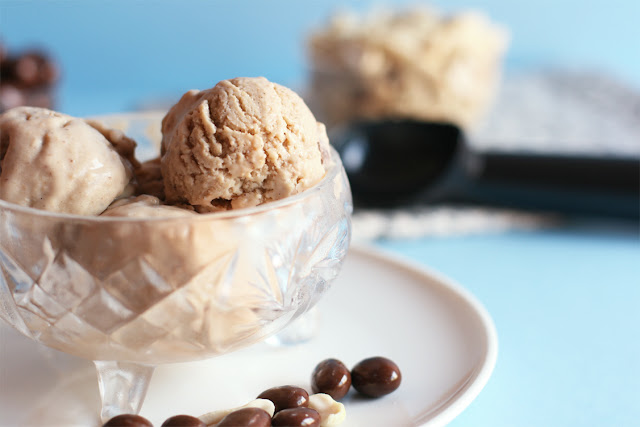 In a medium saucepan mix together peanut butter, milk, sugar and vanilla extract. Heat over medium heat, stirring constantly so the peanut butter is well incorporated and bring the mixture to boil.
Remove from the heat and let it cool completely. Store in the refrigerator until very cold, I recommend to age the ice cream mix overnight to help develop a more intense flavor.
Once the mixture is very cold, churn following your ice cream maker instructions, around 30 minutes. Add in the chocolate peanut chunks during the last minute of churning.
Immediately transfer the ice cream to an airtight container, cover the ice cream with plastic wrap before putting the lid on.
- For the coconut chocolate shell:
Chop the chocolate into medium/small chunks and melt it using the double boiler method. Once almost all of the chocolate has melted remove from heat, add in the coconut butter and the pinch of salt and stir slowly until incorporated. Keep the sauce melted until ready to use; if you are not going to use it immediately you should store it in the fridge and melt again.
Serve the ice cream with a generous drizzle of the chocolate sauce, it will harden a bit in a few seconds but still tender on the inside, just the way I like it. :-) 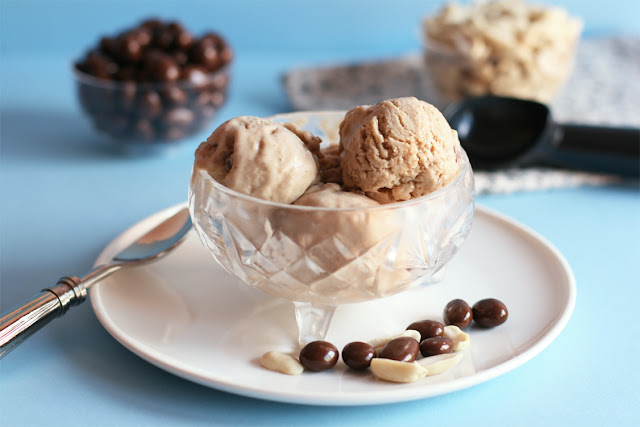 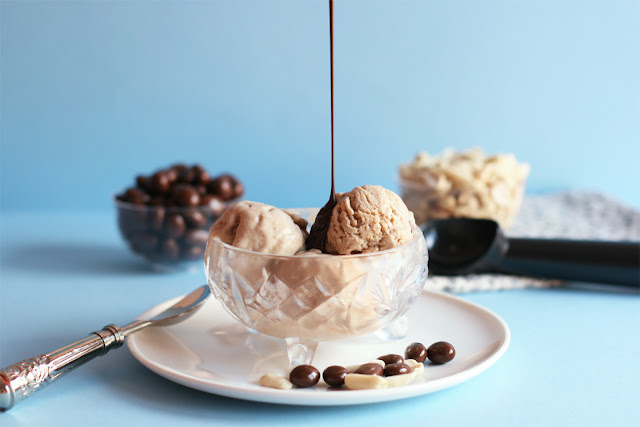 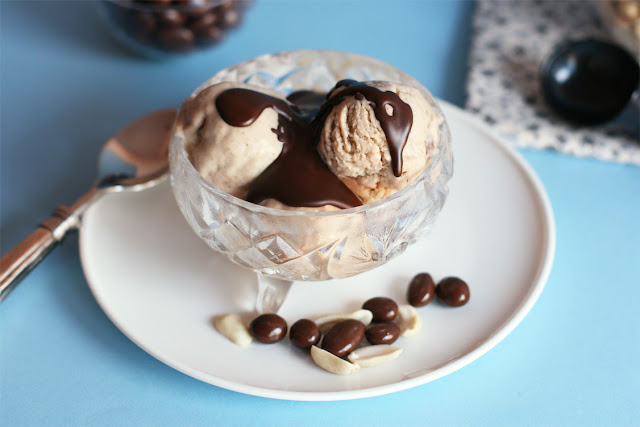 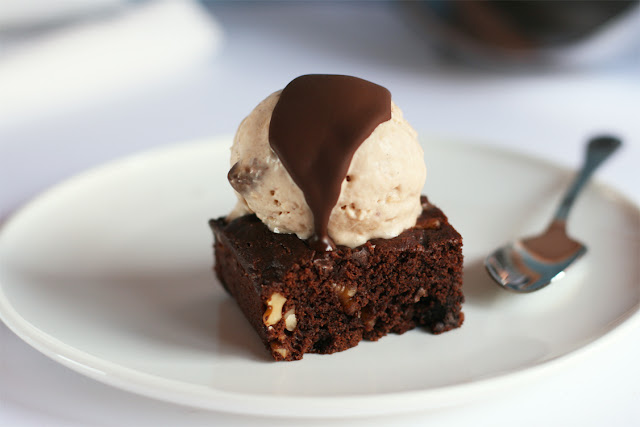