When you're craving for chocolate but you don't have much time and want to eat healthier, these brownies are the perfect choice. It was my first time trying a vegan recipe and being the brownie junkie I am, I highly doubted that they were going to taste good...but I was wrong!
Obviously they don't have the rich consistence of a classic brownie but let me tell you that if you're patient enough and wait until the next day you'll find out that they taste even better.
I wanna try different versions of the vegan brownie recipe since I have found a lot on the web. As for now, this is my very first attempt and I am very glad to discover that the vegan world it's not as boring as I thought! ;-) 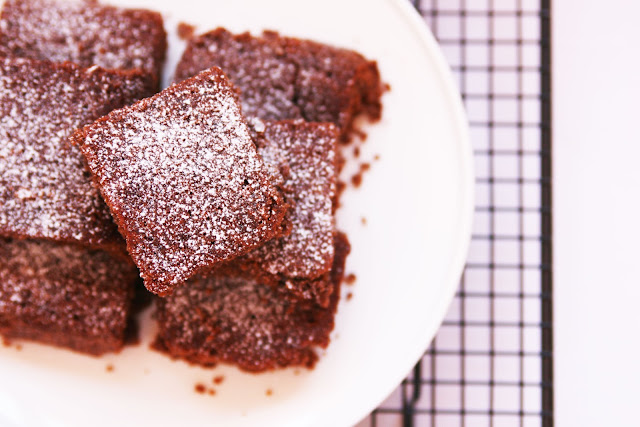 Melt the chocolate with the margarine in a bowl over a pan of boiling water.
Stir in the sugar, soya milk and vanilla essence, then add the flour.
Spread into a greased square brownie pan and cook for about 20 minutes at 200ºC (400ºF), until cooked or until a toothpick inserted in center comes out with fudgy crumbs.
Leave it in the pan to cool, then cut into squares. 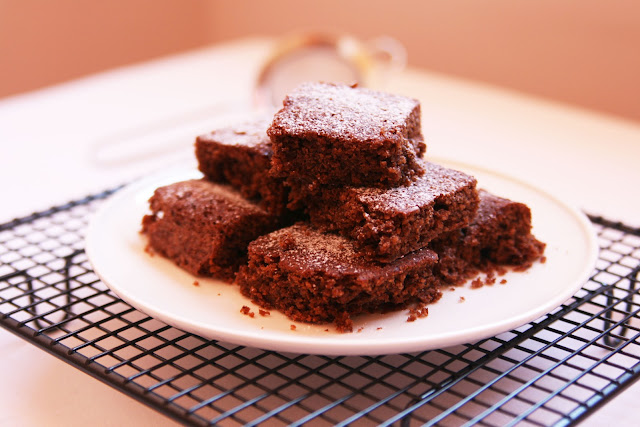 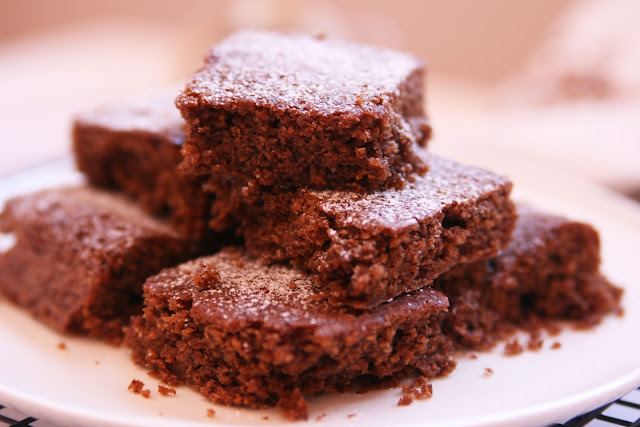